Why Diversity in Advertising is More Important Than Ever Before 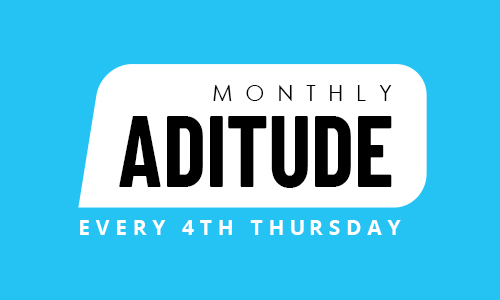 Why Diversity in Advertising is more important than ever before
“It was an oversight.” We will do better.” Help us learn.” A revolving door of ads that lack representation, increase tension in an already combustible racial landscape or offend specific communities are commonplace as brands struggle with growing consumer consciousness and employee activism. The time for diversity in advertising is now. In a myriad of ways, the need for diversity and better representation in advertising is a numbers game. According to Brookings Institute, nearly 4 of 10 Americans identify with a race or ethnic group other than white. The word “ diversity” is both heralded and feared. When brands get it right – think P&G’s introspective ‘Widen the Screen’ ad, consumers celebrate bold vision. When brands fail, as did Gucci’s blackface sweater, the wrath of consumers is swift and has dire consequence.

Speaker Bio:
Chevara Orrin is an award-winning diversity, equity and inclusion strategist, social entrepreneur, published author, filmmaker, public speaker and social justice activist. She is a forward-thinking catalyst and founder of We Are Straight Allies, a national campaign to support equality and move towards passage of inclusive policies to protect the LGBTQ+ community and #WhiteAndWoke™ an initiative to raise awareness about racial inequality and promote equity through intentional action. The Allies campaign was instrumental in the February 14, 2017 passage of a fully comprehensive Human Rights Ordinance in northeast Florida.

Chevara is deeply inspired by the legacy of her parents. She is the daughter of a white, Jewish mother who served as the lead coordinator for the 1967 March on the Pentagon in opposition to the Vietnam War and a Black father who was a fiery top lieutenant of the Rev. Martin Luther King Jr. and a driving force behind many critical civil rights campaigns of the 1960s, including the 1963 Birmingham Children’s Crusade and 1965 Selma to Montgomery march which led to passage of the Voting Rights Act.

Chevara is a frequent conference presenter and facilitator on diversity in the corporate, higher education and nonprofit sectors and an innovative leader with more than 20 years of experience ranging from senior management in the arts and higher education sectors to consulting with Fortune 500 clients.

Chevara has been recognized by the White House and the Human Rights Campaign as a leader, advocate and ally for the LGBTQ community and featured in publications including The Washington Post, Atlanta Journal-Constitution, Tikkun Magazine and The Feminist Wire. She has also been a featured guest on SiriusXM Radio and highlighted in John Blake’s 2007 book Children of the Movement, a powerful glimpse into the heart and soul of the Freedom Movement of the Sixties as seen by its children.

Chevara is currently filming, “Why is Washington [Still] Burning? The film explores today’s role of white Americans in the struggle for racial justice.